Dark Days Ahead for Solar Power in the Sunshine State

HB 741, a bill passed by Florida’s Senate and House of Representatives and awaiting the signature of Governor Ron DeSantis, is expected to devastate the state’s growing solar power industry. That is because the bill, when it becomes law, will severely reduce the financial benefits currently provided to individuals who add solar panels to their homes and will enable public utilities such as Florida Power & Light to increase the charges they may impose on those homeowners.

Over a decade ago, Florida adopted “net metering” in an effort to encourage the use of solar power in the state. Under existing net metering law, people who have installed solar panels on their homes and who send excess power “back to the grid” are entitled to have public utilities buy back that excess power at retail rates. Net metering, therefore, allows homeowners who incur the cost of installing solar panels to recoup that cost over a period of years.

Although solar panels still generate only a relatively small percentage of Florida’s power, all indications have been that more and more homeowners would decide to have solar panels installed on their homes because of the financial benefits that would accrue from net metering as well as their concerns for the environment and climate change.

Now, however, HB 741 threatens the future of the solar power industry in Florida.

Under the bill, homeowners – and commercial customers and businesses - no longer will be able to sell their excess power to public utilities at retail rates. Instead, HB 741 drastically reduces the amounts homeowners will receive for their excess power. Among other things, customers who have a net metering application approved will have their energy consumption credited on their next months’ billing cycles as follows:

Moreover, HB 741 authorizes public utilities to petition the Florida Public Service Commission for approval of fixed charges, base facilities charges, electric grid access fees or monthly minimum bills. The bill itself states that its goal is “to ensure that the public utility recovers the fixed costs of serving customers that own or lease renewable generation and that the general body of public utility ratepayers do not subsidize customer-owned or leased generation.”

Once approved by the governor, the bill takes effect on July 1, 2022.

An industry that supports over 40,000 jobs, that generates over $3 billion in tax revenue, that offers an opportunity for clean energy at a time when that is needed more than ever, and that public polling finds is supported by a large majority of the state’s residents is at great risk. Although government-owned utilities across the state may continue to support solar power and are not the subject of this bill, powerful public utilities have succeeded in persuading Florida officials to smack down what they consider to be a growing threat: solar power.

HB 741 changes the landscape for the solar power industry and solar power companies will have to change their business plans to deal with the new reality.

The Lowndes Renewable Energy Group is an interdisciplinary team of seasoned attorneys who advise clients on the evolving legal and business issues of this emerging energy sector. For more information or questions about how HB 741 could affect your business, please contact Dale Burket or a member of the Renewable Energy Group. 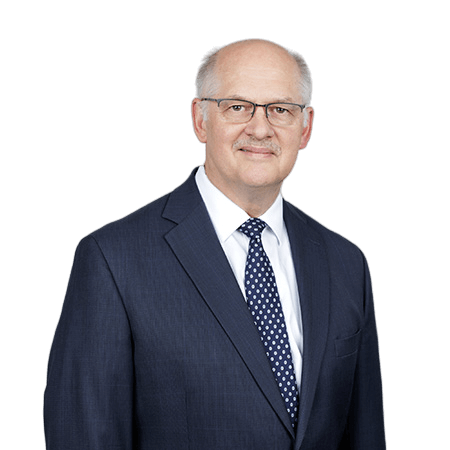 Board Certified in Real Estate Law by The Florida Bar since 1992, Dale brings more than 40 years of legal experience and a particular expertise in managing large, multi-site, multi-state real estate acquisitions, sales and sale-leaseback projects. Currently he devotes a substantial portion of his practice to complex projects involving the management of real estate, tax, environmental and land use issues.

Over his career, Dale has negotiated and closed several thousand sale-leaseback transactions for restaurant REITS and partnerships, including portfolio acquisitions and sales with many of the top 100 national restaurant chains, as well as 1031 tax-deferred exchanges of restaurants in sales to private investors. He also has extensive experience representing business clients in the negotiation and closing of complex senior debt facility financings and large real estate transactions, and he is particularly adept at the project management requirements of such transactions.

With an emphasis on client service, Dale has played a leading role in the firm’s expanded commitment to partnering with clients on alternative and special fee arrangements that share risk and promote efficiency and collaboration. He has also been a long-time advocate for incorporating “green” and sustainable initiatives into his clients’ projects, to both preserve the environment and to curb costs. He has written about sustainability issues in the commercial context, including “green” commercial leases, existing building retrofits, renewable energy sources, water conservation and Central Florida’s growing public transportation infrastructure.

A lifelong musician, Dale’s love for music combined with his college training as a music teacher have led to more than 15 years of volunteer involvement with the Florida Young Artists Orchestra (now a part of Central Florida Community Arts), serving as both a board member and three-term president. He also serves as a board member of the Winter Park Chamber Music Academy and is a Conductor for the Maitland Symphony Orchestra, a unique Central Florida community orchestra.